CTBUH Qatar organized and hosted "Sustaining Our Structures," a seminar focused on educating and utilizing current technologies in building design and engineering.

The Doha Exhibition and Convention Centre project is an iconic building with a total approximate gross area of 47,700 square meters that includes five exhibit halls.

The CTBUH Qatar chapter hosted a highly successful regional seminar, in which cross-border and cross-disciplinary expertise was exchanged.

A regional meeting of the Qatar Chapter was held at the Torch Hotel, located inside the Aspire Tower, and sponsored by Six Construct. 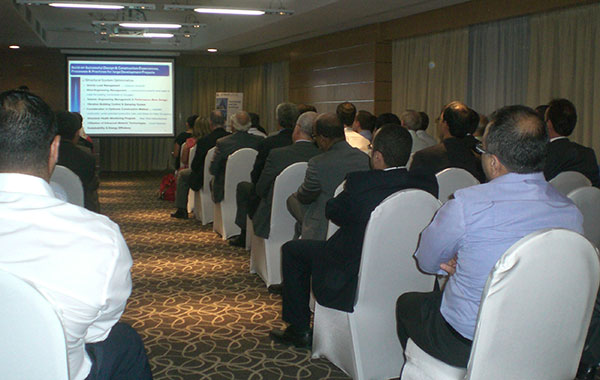 Over 60 people attended a presentation by Ahmad Abdelrazaq, CTBUH Board member and Head of Samsung's High-Rise and Complex Building Division, on using technology in building construction.

Gartner Steel and Glass on Challenges in Façade Construction

Two directors from Gartner, one of the world's largest fabricators and erectors of façades, present on the challenges of façade construction and the use of cable façades.

A regional meeting of the Qatar Chapter was hosted and sponsored by the Department of Architecture and Urban Planning in the College of Engineering of Qatar University.

Doha’s Tornado Tower, winner of the 2009 Best Tall Building for Middle East and Africa, has now completed a signboard which commemorates this accomplishment.

Held at The Oyster, the information center for the Pearl-Qatar, this fourth meeting of the Qatar Chapter had 58 guests in attendance. 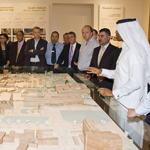 The latest meeting featured the Musheireb project which, though not tall, presents a unique reorganization of urban density in a Middle Eastern context. 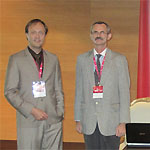 The Council on Tall Buildings and Urban Habitat organized the first regional meeting of the Qatar Chapter. This event was held at the Tornado Tower. 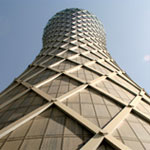 CTBUH Research & Communications Manager Jan Klerks and Trustee William Maibusch represented the CTBUH as the guests of honor during the TowerTech fair in Doha.